10 Vegan Seafood Brands to Check Out

With fish sticks, crab cakes, shrimp, tuna, and even caviar available in a vegan version, there’s no excuse for not going vegan because you’ll miss fish. Read on to discover a multitude of brands that offer plant-based seafood products that taste like, cook like, and share the same textures as their traditional counterparts.

Vegan meat brand Gardein boasts a wide array of non-GMO vegan meats, including two fish-alternative products, which provide protein and omega-3s just like regular seafood. Their Mini Crabless Cakes are crispy and tender bites, making them a perfect finger food for serving with some vegan tartar sauce. The Golden Fishless Filets are the brand’s vegan take on fish sticks—just prep some with fries, and you’ve got yourself vegan fish and chips. 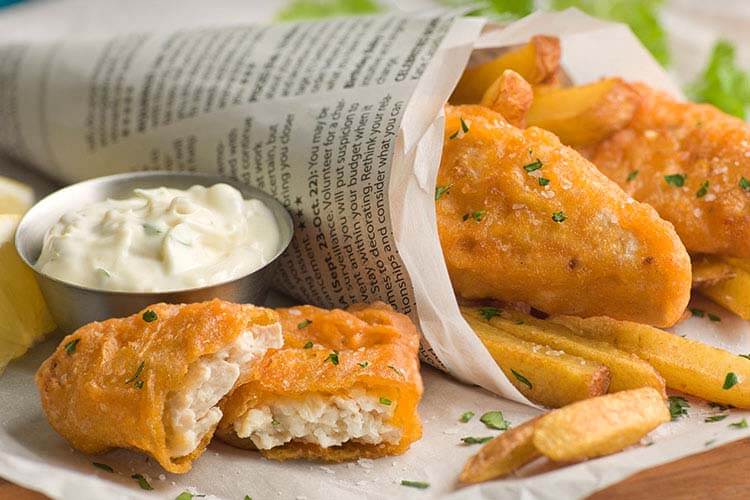 Good Catch is an all-vegan, non-GMO seafood brand that captures the experience of eating traditional seafood thanks to their proprietary six-legume blend (which packs the protein and creates the same texture and flakiness of seafood) along with algae oil (which yields seafood flavor and omega-3s). They offer vegan tuna pouches in three flavors: Naked in Water, Mediterranean, and Oil & Herbs. They also make frozen, easy to prepare plant-based Fish Burgers, Crab Cakes, and Fish Cakes. 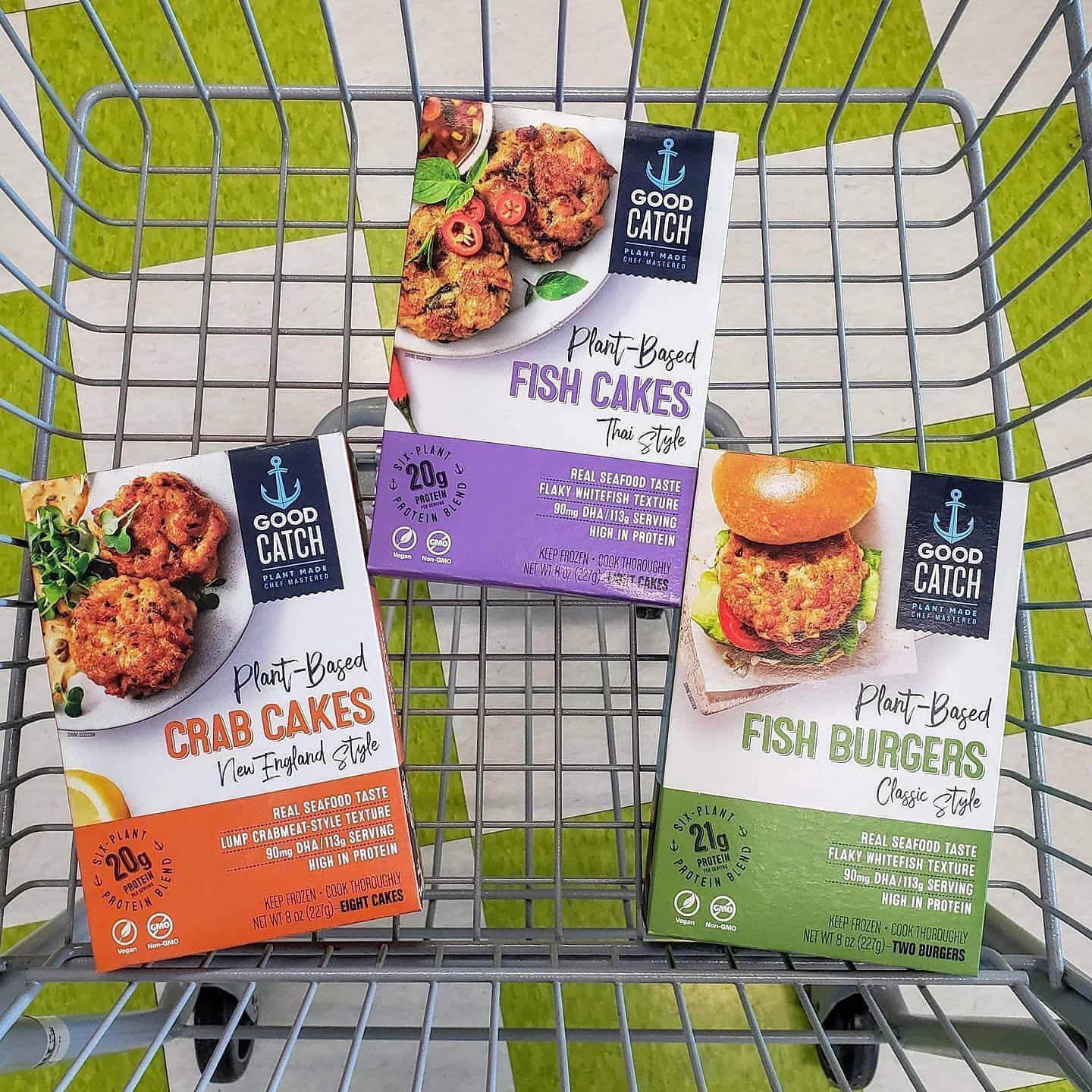 New Wave brings “a fresh take on seafood” with their vegan shrimp. It’s crafted with sustainably sourced seaweed, which gives it the texture and bite of traditional shrimp, plus all-natural plant extracts that deliver that same traditional shrimp taste. In addition to being vegan, the product is gluten-free, soy-free, peanut-free, and non-GMO. It also cooks just like shrimp, making it easy to swap for traditional shrimp dishes. While not in markets yet, the brand is available for food service. 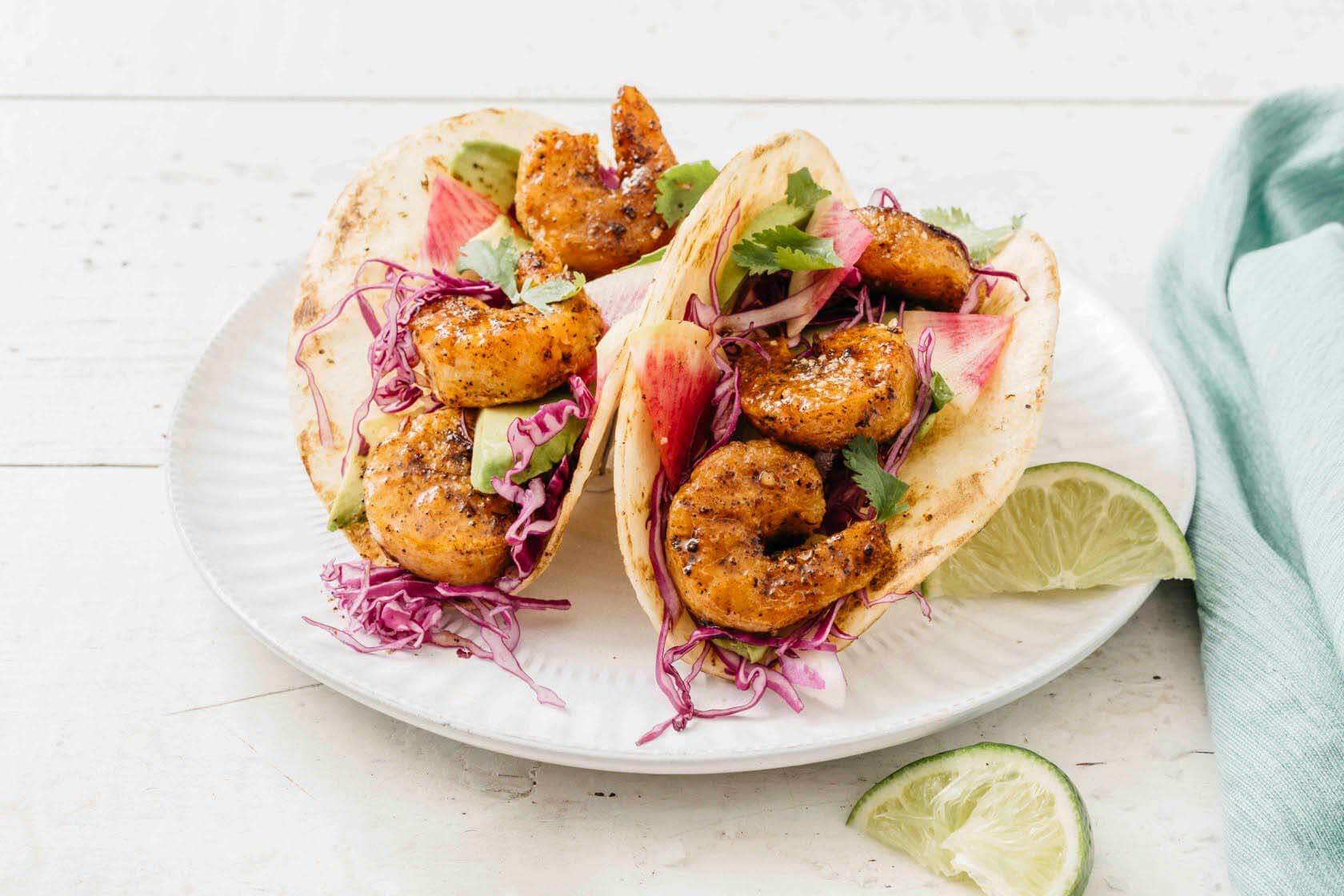 Jinka makes plant-based seafood easy with their tuna spread! The spreads come in Original, Lemon & Dill, and Spicy. Slather between two slices of bread and top with lettuce for an easy tuna salad sandwich, or enjoy straight out of the containers. 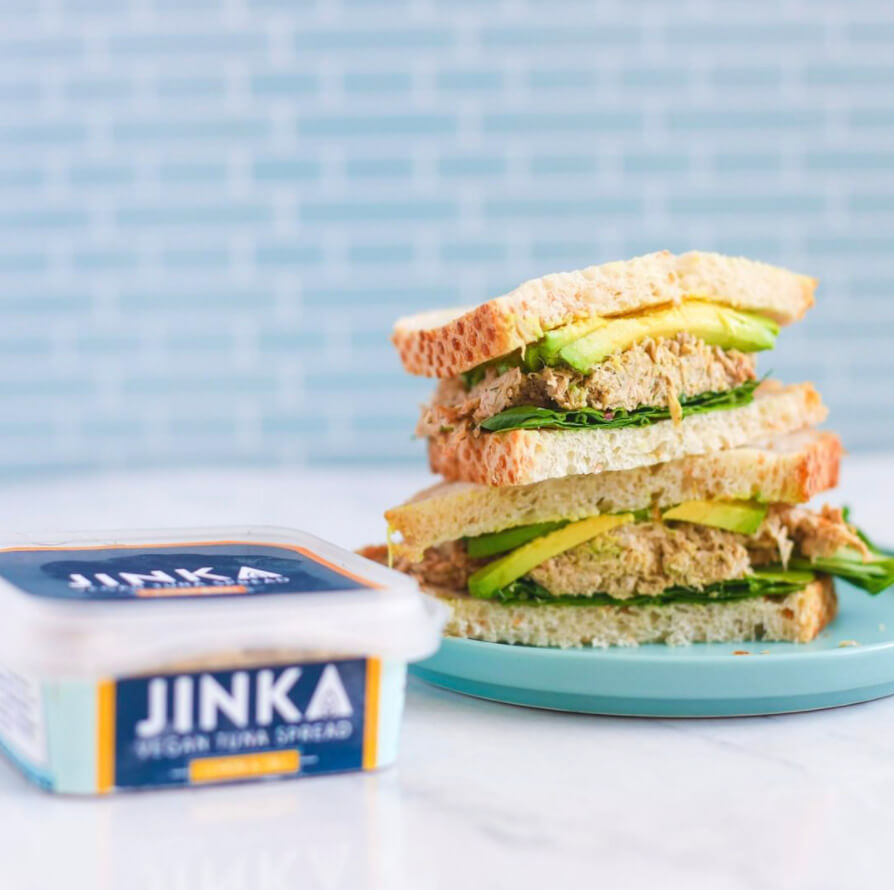 Ocean Hugger is changing the game, creating the world’s first plant-based alternative to raw tuna, their vegan Ahimi. The kosher-certified and non-GMO Ahimi offers the same taste and texture as raw tuna. Additionally, they produce their Unami, a plant-based alternative to freshwater eel, which has the same taste and mouthfeel as the non-vegan version. Both of these products are made with less than 10 ingredients. They are currently regrouping due to the events of the past year, but look for their return later this year. 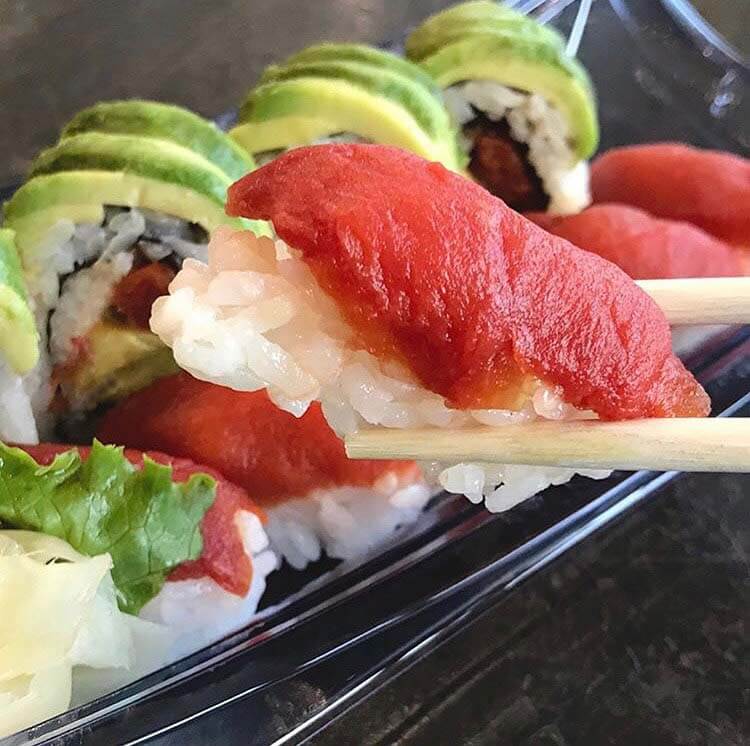 Meat alternative brand Quorn is another brand offering a variety of meatless products, notably including their Vegan Fishless Sticks. These soy-free and non-GMO sticks make for an easy meal or snack. 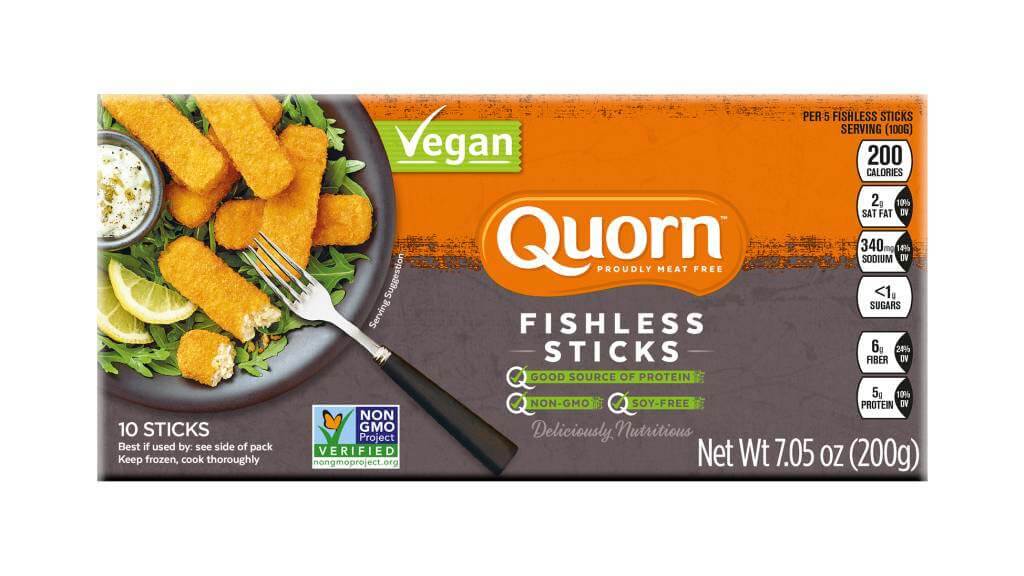 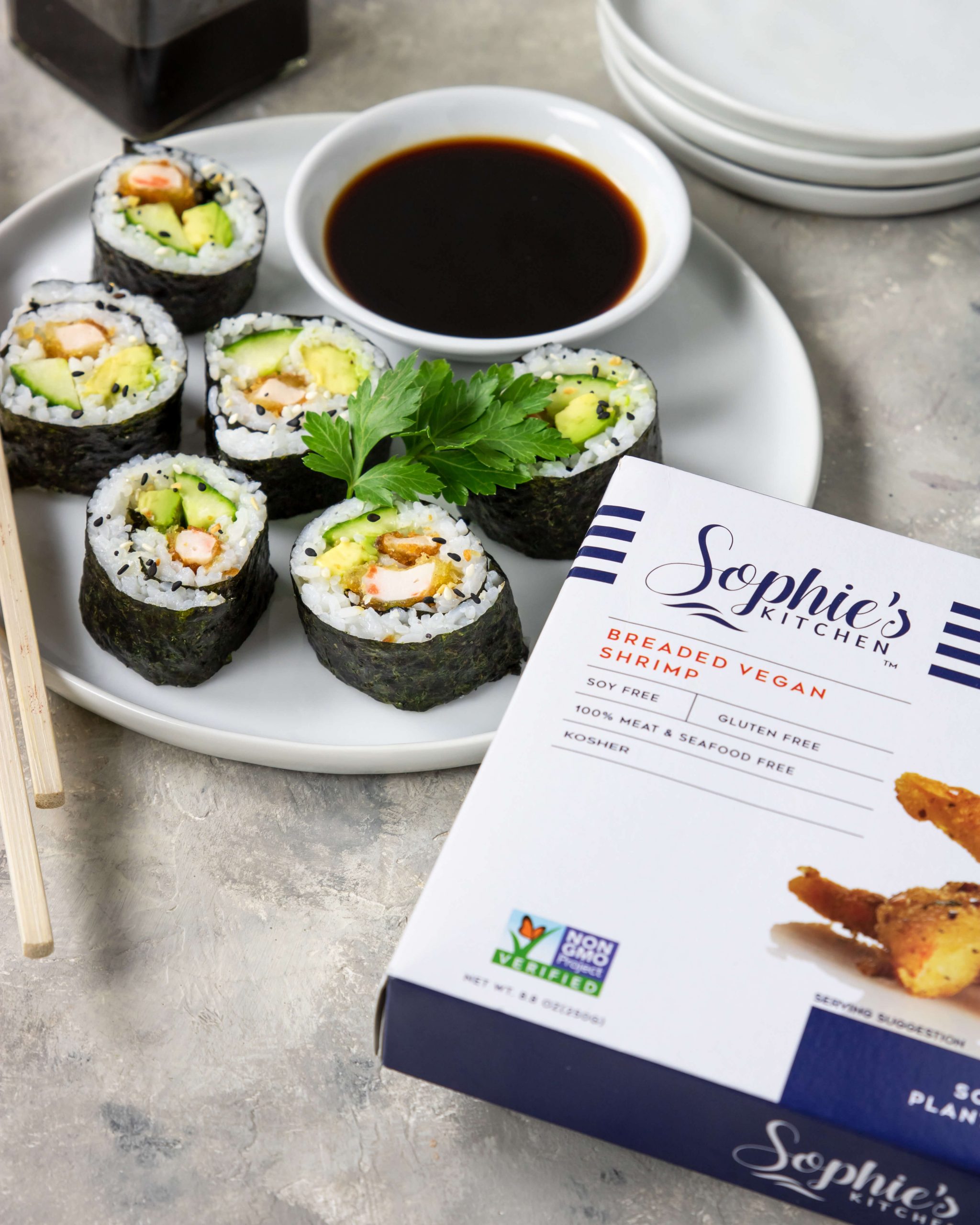 BeLeaf makes vegan shrimp that has the look and feel of real shrimp, making it the perfect substitute for cooking. Throw some in a stir-fry or deep-fry it for a delicious snack. You can find it in select stores, online, and at restaurants. 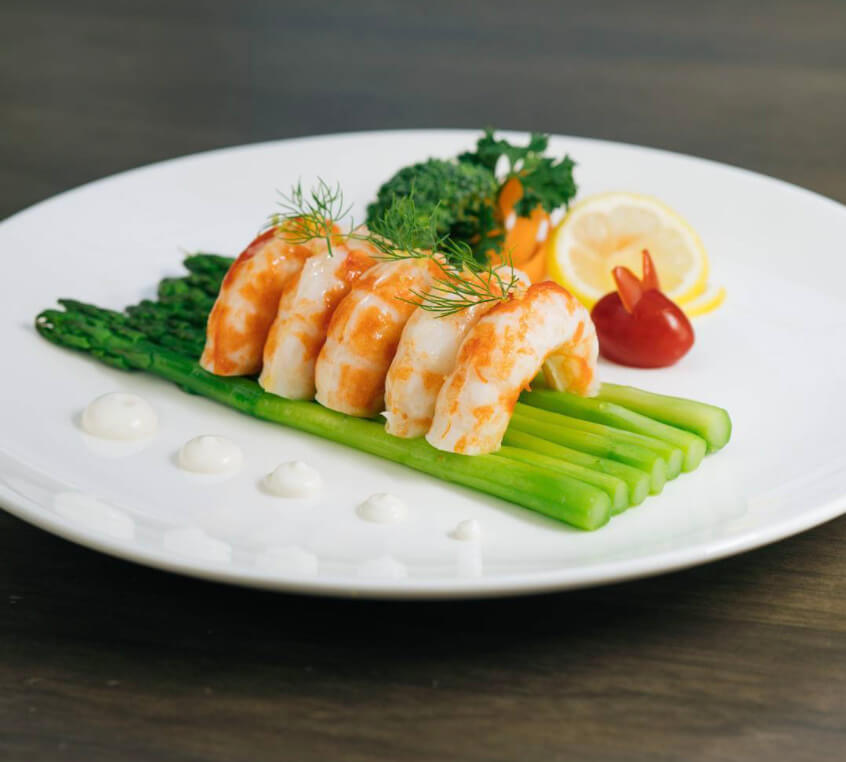 Danish company Cavi-art (available to the US through several online markets) came to be after biologist Jens Møller realized he made a plant-based alternative to caviar while experimenting with seaweed. Non-GMO and allergen-free, Cavi-art replaces caviar, no matter the traditional recipe. The brand has also created their Tosago, a plant-based substitute for masago and tobiko, and their Food·art, which is popping seaweed pearls, in flavors like strawberry and balsamic. Each of these lines comes in several varieties, has a long shelf life, and does not require refrigeration or freezing. 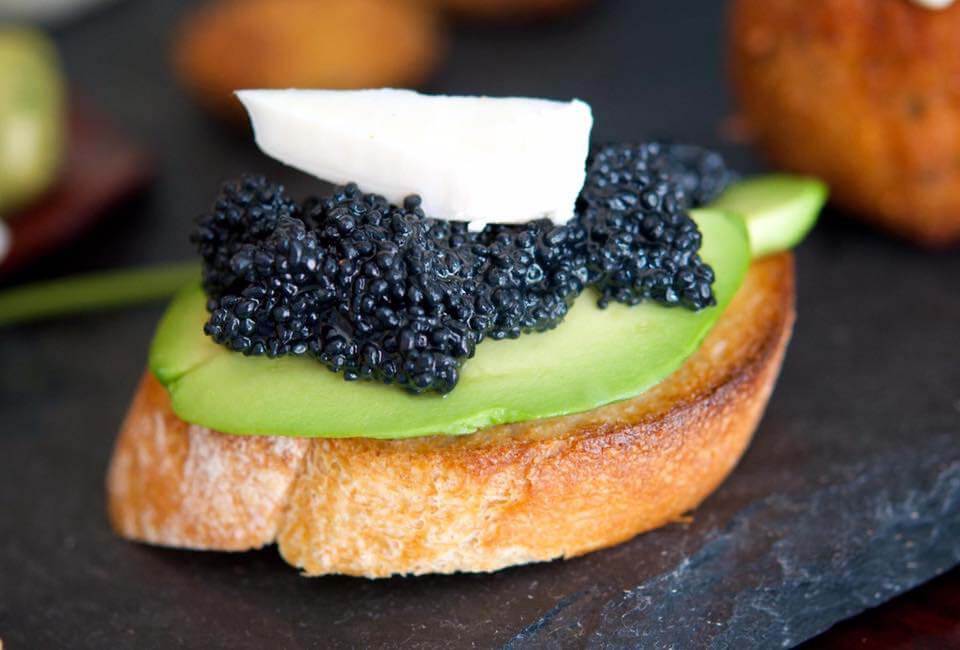 Founded in 1890, vegan protein brand Loma Linda has been a leader in plant-based foods. Their assortment of plant-based protein products features lots of meat alternatives, notably a category of soy-based tuna, Tuno. This line features five different flavors. Three of these come in cans—Tuno in Spring Water, Tuno with Sriracha, and Tuno Lemon Pepper (which also comes in pouch variety)—along with pouch flavors of Tuno Thai Sweet Chili and Tuno Sesame Ginger. In addition to being vegan, these products are gluten-free and non-GMO. 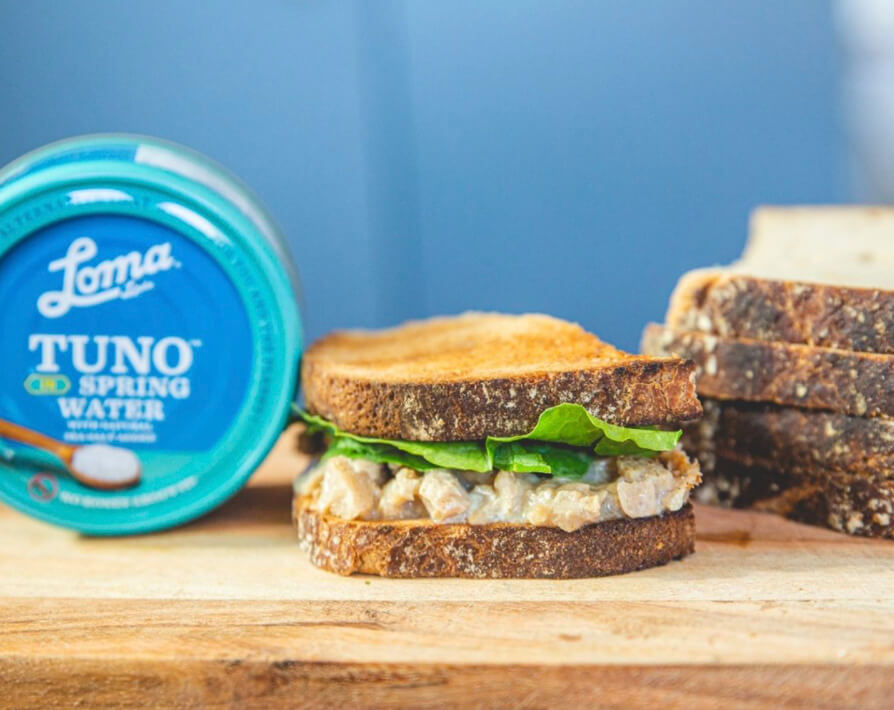 Want to shop these brands now? Check out Instacart.com and get your groceries delivered in as fast as one hour!

Symphony is a Southern California native who is passionate about health and wellness. She enjoys writing, living in California, and sharing her vegan lifestyle. Symphony graduated from Pepperdine University with a Bachelor of Arts in Journalism.